In this step, you run performance tests with IOR and evaluate how much throughput can be extracted. To measure throughput, you tune several IOR parameters to favor POSIX as an IO access method and conduct direct access to the file system. This approach helps you bypass almost all caching and evaluate the raw performances of Amazon FSx for Lustre. Further, you generate one file per process to saturate the file system.

For this test, you use the options listed in the following table.

You can find the full list of options for IOR in the IOR documentation. Do not hesitate to experiment with different parameters.

Verify that IOR is installed correctly by running the command ior in your terminal.

You should see a result similar to below. Don’t be alarmed by the numbers as there’s a lot of caching involved. 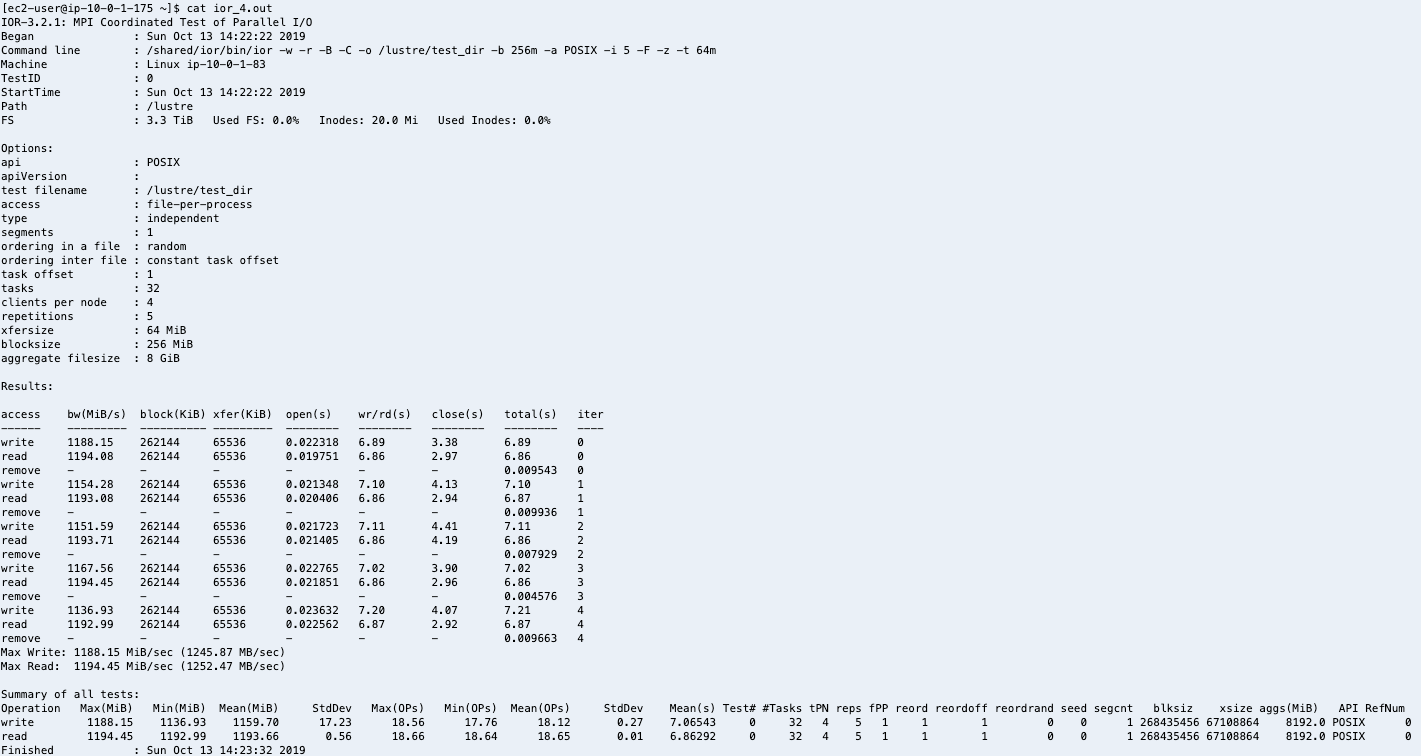 Run a Performance Test with IOR

In this step, you run your performance test using multiple nodes. In the following example, you use 8 c5.xlarge instances for a total of 32 processes. Each process writes 256 MB by blocks of 64 MB. You use the POSIX-IO method and directly access the file system to evaluate raw performances. The test is conducted 5 times to evaluate the variance, i.e. if performances are stable, for both read and write. You don’t need to wait between read and writes because results will not differ.

First, generate your batch submission script by copy and pasting the following code into your AWS Cloud9 terminal. Make sure you are connected to your cluster master instance.

Then, submit the script with sbatch as follows.

The IOR output is written to an .out file. If you want, you can use tail -f to view the file as it is written. However, remember that since you have 0 compute nodes present on your cluster, it may take a few minutes for instances to be created then register with the cluster. You can check the status of the instances on the EC2 Dashboard in the AWS Management Console. After the instances are created and registered, the IOR job will be processed.

You should see a result similar to the following image. In this example, you see 1 GB/s performance, which is not too far from the 720 MB/s offered by Amazon FSx for Lustre. 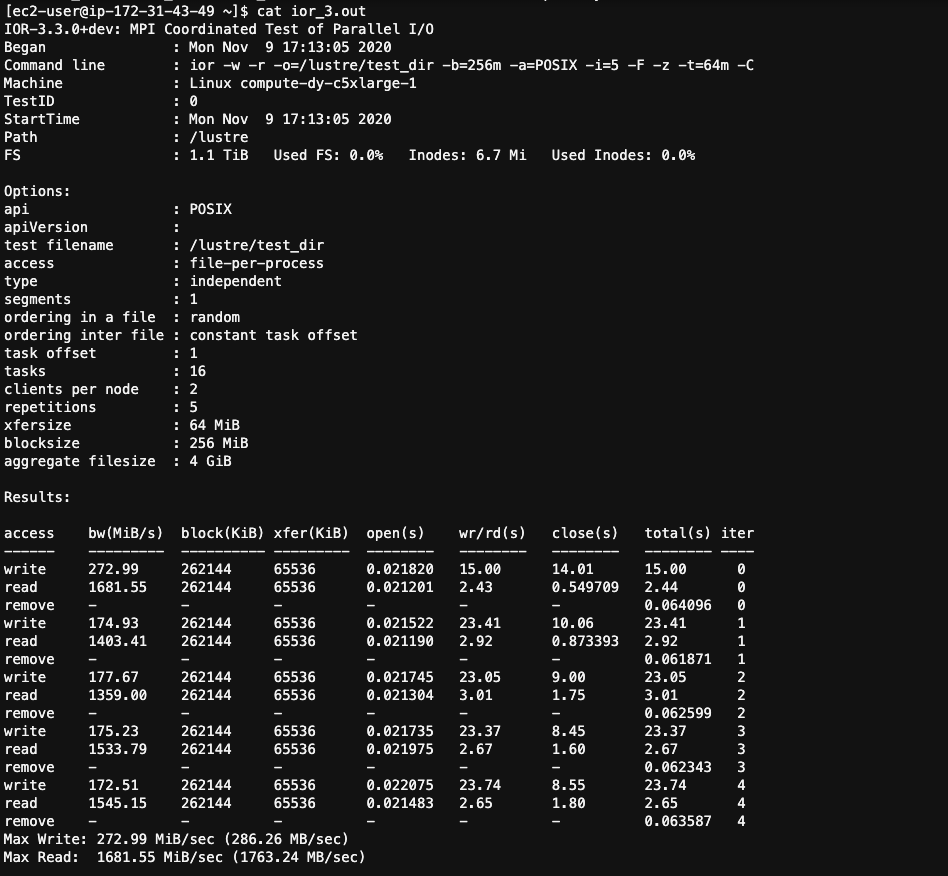 IOR is considered the standard tool in HPC to evaluate parallel file system performances, which makes it easy to compare results across systems. See also the IO500 Benchmark. However, feel free to try other IO performance testing tools, such as FIO or DD.

Metadata functions are a critical function of distributed filesystems. Often metadata operations end up being a major bottleneck to scalability by nature of how client requests are serviced. Typical metadata operations involve gathering file attributes from multiple servers or a single metadata server responding to every client making the request.

Then submit the job:

You can monitor the job’s progress by running squeue. Once it’s completed the ouput will be written to a file: mdtest_[job_id].out